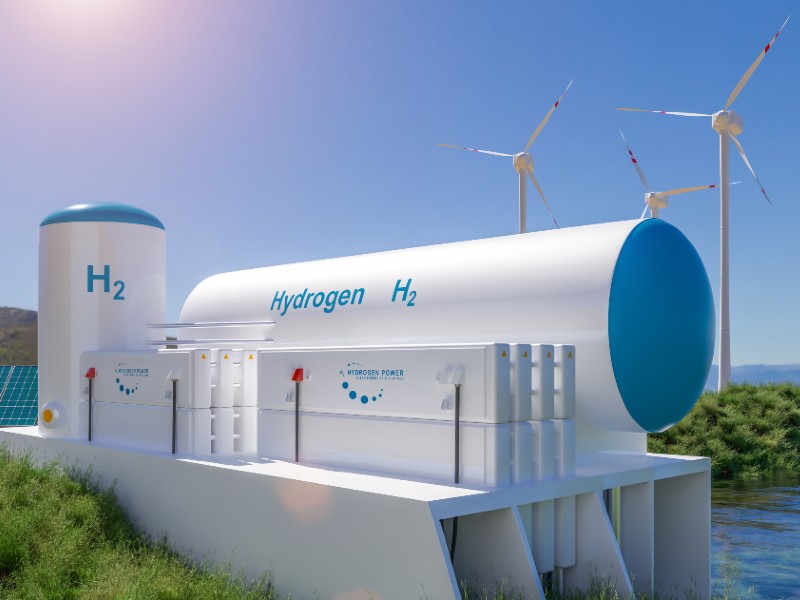 Hydrogen has generated enormous hype over the past two years. Some twenty countries, collectively accounting for nearly half of global GDP, have already adopted hydrogen strategies, or intend to do so. On two previous occasions, rising interest in hydrogen fizzled out without lasting effect. Can we expect a different outcome this time around?

The world is striving to achieve climate neutrality, and renewables have become the cheapest form of new generation across the globe. But not all applications lend themselves well to direct electrification. Green molecules have a role to play, but there are several unanswered questions: From which sources should they be obtained? How should they be stored and transported? And in which applications are they indispensable?

The EU has set a climate neutrality target by 2050, and Germany has decided by law to bring its climate neutrality forward by five years to 2045. The scale of the challenge is unprecedented, but we have all the tools we need to accomplish this formidable feat.

According to the many recent studies analysing pathways to net-zero and interim milestones, electrification coupled with carbon-neutral power and energy efficiency will be able to deliver the bulk of energy system decarbonisation over the next decade to 2030. This consensus is well visualised in Figure below, from McKinsey’s net-zero Europe study. Carbon-neutral power and energy efficiency account for nearly two-thirds of total abatement between 2017 and 2030. 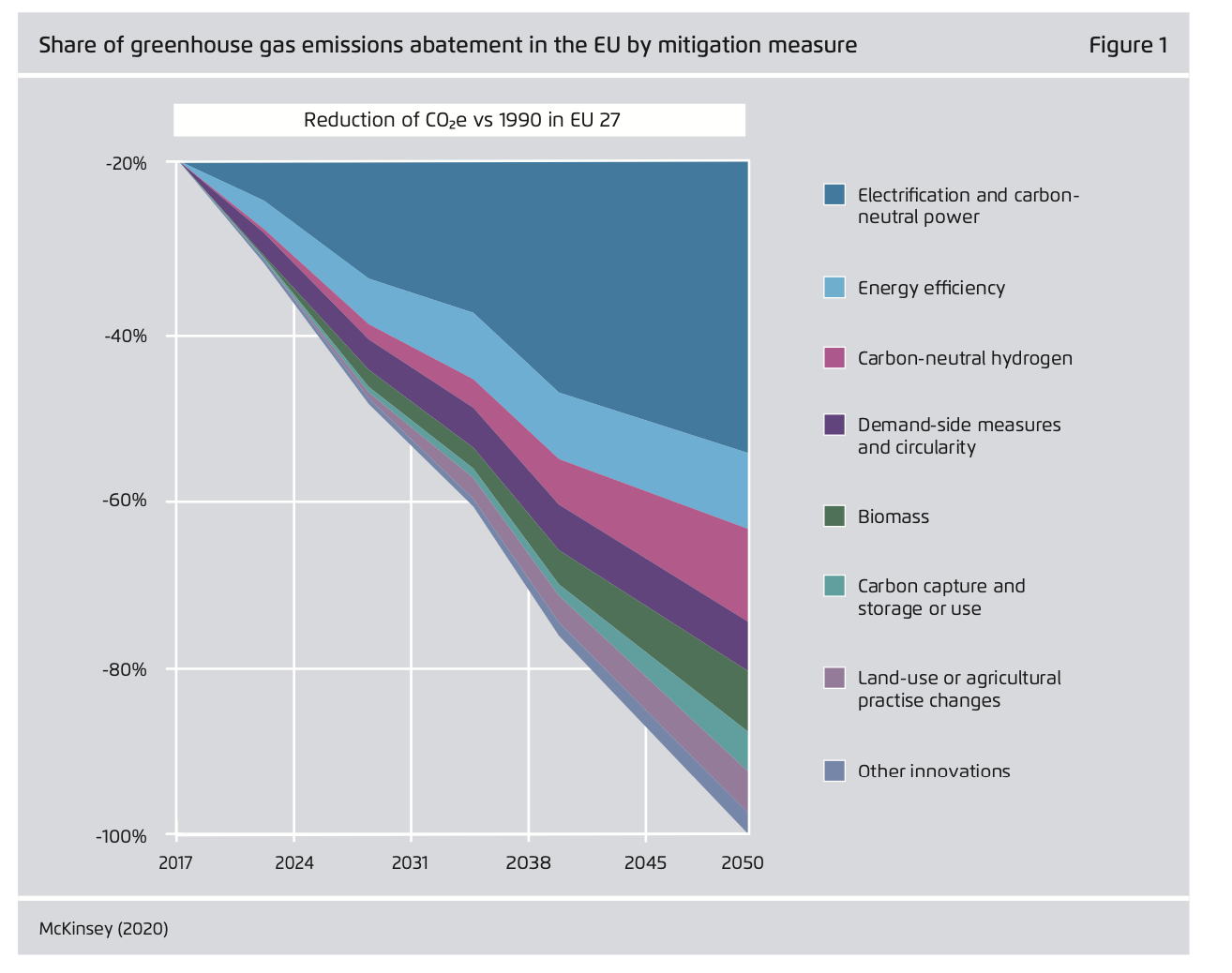 Most carbon-neutral power needs to be provided using renewable sources, which will require a massive scale-up. Agora’s report “Climate-Neutral Germany 2045” sees a quadrupling of renewable generation from today to supply 100 percent of electricity demand by 2045.

On a global level, the IEA report “Net Zero by 2050” showed that 50 percent of emissions savings between now and 2030 must come from wind, solar and energy efficiency if global net-zero emissions by 2050 are to be achieved.

The idea of the hydrogen economy has regained momentum over the past three years but key differences have emerged between proponents of a maximised hydrogen economy and proponents of mass direct electrification. Now that the initial hydrogen hype has faded, the debate has become more nuanced, focusing on framing aspects such as steering, certification, support mechanisms and integration within existing regulatory frameworks such as TEN-E.

There is an emerging consensus that the role of hydrogen for climate neutrality is crucial but secondary to direct electrification.

By 2050, carbon-free hydrogen or hydrogen-based fuels will supply roughy one fifth of final energy worldwide, with much of the rest supplied by renewable electricity. Everyone agrees that the priority uses for hydrogen are to decarbonise industry, shipping and aviation, and firming a renewable-based power system. Therefore, we should anchor a hydrogen infrastructure around no-regret industrial, port and power system demand.

This is critical for incentivising hydrogen use where carbon pricing alone cannot do the job quickly enough. While policy options are available at a reasonable cost for industry, power and aviation, there is no credible financing strategy for hydrogen use by households. Blending is insufficient to meet EU climate targets and carbon prices high enough to deliver hydrogen heating would be unacceptable for customers.

Gas distribution grids need to prepare for a disruptive end to their business model, because net-zero scenarios see very limited hydrogen in buildings.

To stay on track for 1.5C, Europe needs to reduce consumption of natural gas in buildings by 42 percent over the next decade, as per the EU Impact Assessment. Similarly, land-based hydrogen mobility will remain a niche application. Any low-pressure gas distribution grids that survive will be close to ports, where refuelling and storage infrastructure could provide an impetus for the decarbonisation of the maritime and aviation sectors.

Europe has enough green hydrogen potential to satisfy its demand but needs to manage two challenges: acceptance and location of renewables, as each GW of electrolysis must come with 1-4 GW of additional renewables.

To keep industry competitive, the EU should therefore access cheap hydrogen (green and near-zero carbon) from its neighbours via pipelines, reducing transport cost. Imports from a global market will focus on renewable hydrogen-based synthetic fuels.